Our next featured domain discussion is around Domain #4, INTELLIGIBILITY.

The goal: To indicate messages in a way that can be understood by unfamiliar partners.

Domain 4 is a particularly helpful domain to consider when you are trying to figure out the next path to take using the ROCC. After all, it is a roadmap, not just a document to score then store.

For some individuals, the intelligibility of their speech, sign, point or selection technique is clear to everyone. Though we may not always know why they are saying a message, we definitely know what they are saying. In other words, we could tell someone else what they said, even if we don’t know what they mean.

For example, if a child points at their lunchbox and says, signs or points to a symbol for “dog”, we may not have any idea what they are thinking, but the word “dog” is definitely intelligible.

For others, it’s much more difficult to decipher the word that they are trying to say. If the child pointed to the lunchbox and said “o”, or just hit their hand loosely on their leg instead of a clear sign, we would say the message is less intelligible. Similarly, if they were using a whole hand to point to a symbol rather than a clear finger point, it might be harder to know which symbol they were targeting. Maybe their hand is covering 2 or 3 possible symbols so we have to guess at which one they mean. These individuals would be considered less intelligible. A good way to think about this is the way a toddler might say words. We are not always sure what they are saying because their speech sounds are still developing. Though individuals with communication challenges are not toddlers, sometimes they face a similar challenge in that their articulation of messages is not yet intelligible.

Intelligibility also comes into play when an individual is using a switch for scanning, or a body movement to indicate ‘yes’ or ‘no’ to accept or reject a selection during partner assisted scanning.

Some examples that might indicate that intelligibility is at the earlier levels of Domain 4, might be where it is difficult to tell whether they are:

Quite often when a person’s communication is less intelligible, we find significant differences between the way that familiar and unfamiliar partners understand them. Just like mums and dads can tell you what their toddler is saying when nobody else understands yet.

It’s important when we are scoring on this domain, that we don’t confuse intelligibility (Domain 4) with vocabulary and complexity of language (Domain 6). Often I might say something like “It looks like they know what they are trying to say, it’s just that their body is not cooperating to do that in a way that we can understand”. If someone has good intelligibility, I might say “well,  we definitely know what she is saying, (signing or selecting), we just don’t know yet what they mean when they say it”. In ROCC, we would consider someone as intelligible if there were several people in the room writing down the message, and everyone agreed on the message, no matter if it were a sign, speech or symbol.

It is also important to consider that someone can be highly intelligible but not yet a competent communicator. An example of this might be someone who uses echolalic speech, or likes to push buttons on their device and does this with physical ease, but does not yet interact well with others using the device.

Our end goal in this domain is that individuals can be easily understood by any partner when they have something to say. When we combine this with language complexity and the other domains of ROCC, their overall communication can be successful, but for this domain, when we refer to being understood, we mean intelligible. This means that familiar and unfamiliar partners could repeat the message whether or not they know what it means, or why it was said.

At an emergent level, much of the work to understand what the person is trying to say is done by a familiar partner. This is equivalent to the level of a toddler who is just starting to babble and approximate words. They may be less intelligible for different reasons. For example:

For those using (or who are likely to use) a switch or a movement to select from a scanning array, at this level their selections would be described as unreliable.

At this level, intelligibility is improving and the individuals can be understood by familiar partners most of the time. They are moving toward being understood by unfamiliar partners some of the time as well. Of note in this level is also the delineation between level 3 and 4 based on consideration that someone may be intelligible in one position but not all (e.g.,  when they are in supported positioning, but not in other positions). Sometimes, this is where individuals may stagnate, especially if they spend most of their time in familiar environments. Many people around the person get to know them and their communication modes well. Often they do not realise how much this has occurred, unless an unfamiliar person is involved. Examples of this might be:

Although this familiarity speeds up communication in that setting, it may lead to communication breakdown when they are in other settings, or with less familiar people.

Competent and independent communicators in this domain would be those who can be easily understood (ie. intelligible) by unfamiliar partners as well. This may be because they have developed a clear and consistent method for saying, signing or selecting their message, or because the method they use to select is overt to unfamiliar partners in the form of clear instructions, or an introduction message.

Why is this domain important?

Though intelligibility is not the only requirement for competent communication, it is definitely an important one. We often consider intelligibility when helping to determine which mode of communication is appropriate in a particular situation, and/or trialling strategies which will help to expand language complexity. For example, if someone has significant speech sound errors that reduce their intelligibility for speech but is able to clearly point to symbols, then it is possible that their competence in language complexity and social interaction is limited by their speech intelligibility. In these instances, it is important to give access to some form of AAC in order to ensure they can meet their language and interaction requirements until their speech is clear enough to do so. I’ve met young children whose vocabulary range appears to be limited by their speech intelligibility. To compensate,  they strategically use a limited set of words because they know that those are the ones that others will understand. For example, everything positive just becomes “good” rather than “cool, great, awesome, amazing”, and sentence length is kept to short phrases so that they can be understood.

For those with more significant motor challenges, intelligibility can be a huge barrier to autonomy. If the movement that is used to confirm or deny a selection on their communication system is less intelligible, there is more likely to be communication partner interference into their message. A partner may see a ‘yes’ when they scan a word that they ‘think’ the person is saying and ignore less intelligible movements for words they are not expecting.

What can I do?

The first important steps are to determine what impact their level of intelligibility is having on the individual’s overall communicative competence. Sometimes it’s the primary thing, other times it’s something that will improve as other domains improve. In the latter case we call this collateral improvement. This might occur as a person’s autonomy and their understanding of symbols and language increases and they become more motivated to refine the accuracy of their selections. Other times, as they receive feedback and modelling of more intelligible messages, the individual’s intelligibility often improves. This is similar to the way that toddlers make approximations of words which we then interpret as meaningful messages and model a clear way of saying it. Take the example of ‘o’ for dog, or hitting their leg. When we see this, we might say “yes, it’s a dog” or model the exact sign for dog. Similarly if a selection of a symbol is unclear, we clarify and then point to that symbol to model the clear form. In partner assisted scanning, this would include a model of the movement the person uses to select the message.

For individuals where intelligibility is having a significant impact on their communicative competence, then a specific focus on the movements for communication are important.  This is where team involvement from an occupational therapist &/or physiotherapist is particularly beneficial. Movement issues may be related to motor control but also sensory challenges and other contributing factors. In Australia, the Cerebral Palsy  Education Centre is also an excellent source of information in this area.

For some individuals, this domain may be a high score in comparison to others. Maybe they have clear echolalic speech and/or a clear point. This is good news!  Viewing their ROCC profile with a high score on Domain 4 tells us that this is not the area that is impacting on their communicative competence. It helps us to know that if we support them in other domains, then they will probably be able to select from a wide range of symbols without being challenged motorically.

Domain 4 shows the importance of viewing communication as a profile rather than a single score. It also demonstrates how we can use that profile to better understand next steps rather than trying to work on everything all at once. All developing communicators have strengths and challenges. The important conversation for those of us who support them, is to understand where we can help and what they need to learn to become more autonomous and competent over time.

The ROCC Basic Training is important for understanding and ensuring robust scoring within ROCC. Not everyone needs the training to use the ROCC, but it is important that scores are approved by a trained user so that data is consistent and useful for meaningful outcomes. 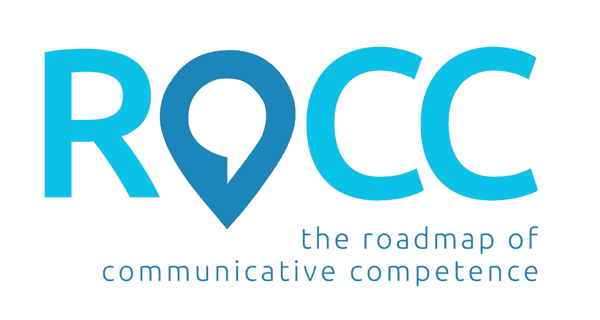